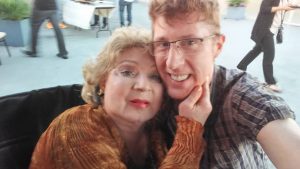 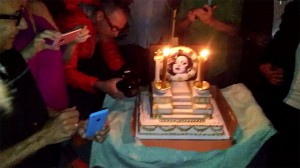 Warhol star Holly Woodlawn (who also appeared in the television series Transparent and non-Warhol films such as Billy’s Hollywood Kiss and Twin Falls Idaho) celebrated her 69th anniversary on October 26, 2015 with friends. She is recovering from treatment for brain and lung cancer. Actor Brian Hamilton, a long-time friend of Holly’s, has posted footage of the event on You Tube.

The new Petersen Museum on Wilshire is finished. How Capicola Became Gabagool

America The Beautiful by RustyTinder