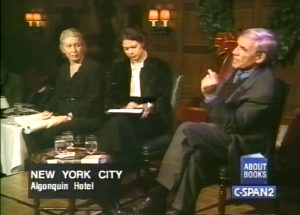 Jacqueline Bertrand and Myriam Cyr, with author Olivier Todd. February 9, 1998 at the Algonquin Hotel in NY City. In this rare clip from a C-SPAN broadcast, the two actresses both read a scene from their upcoming production of a play by Albert Camus.

I had the pleasure of getting to know Jacqueline during a production of the play Scream at Penguin Rep in 1983; a new work by prolific playwright Arthur Laurents about a husband and wife in Queens who capture a Nazi war criminal and hold him captive in their beauty parlor. Yitzak was played by actor Norman Howard, and Nessa by Mme. Bertrand, while their Vietnam veteran son was portrayed by Bruce McDonnell. Jacqueline was simply wonderful as the concentration camp survivor who creates her own version of revenge. 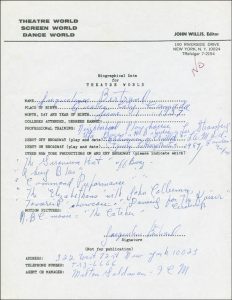 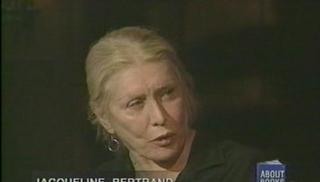 America The Beautiful by RustyTinder