For years I’ve wondered what happened to my friend, William Grosvenor. We waited tables together at Flutie’s South Street Seaport, on Pier 17, in New York City in the late 80s. William lived on the upper West side of Manhattan with his grandmother, whom I had never met. The restaurant where we worked was directly across the East River from the huge illuminated Jehovah’s Witnesses WATCHTOWER sign. His grandmother, whom he described as a large, intimidating woman from the Caribbean, grew tired of their early Sunday morning visits to her door. So, the next time they rang, she grabbed a huge knife from the kitchen drawer and answered screaming, “I told you people never come to my house again!” After that, they never did. William was playful, honest and direct, with a subtle dry wit. Once, while looking at my pointy Anglo nose, he casually observed, “You could pop a balloon with that thing.”  I still laugh out loud, remembering that, because … it’s true. We frequently visited our friend, Paul Edward Steckman, the piano player and singer at Flutie’s, after hours at his apartment on 79th and Columbus Avenue, often hanging out drinking, laughing, and storytelling until the wee hours of the morning. We would often head over to H&H Bagels, on Broadway and 80th, to buy a dozen piping-hot and fresh from the oven. One time, William and I left Paul’s together. It was way too late to take the subway, and it was raining, so we each walked over to Broadway to grab a cab. The instant I raised my arm, a taxi pulled over. William said to me, “Honey, you better let me have this one, you know they don’t stop for us.”  In my naïveté, I hadn’t imagined taxis driving past him because he was Black. The next time, we tried an experiment: I waited in the doorway while William waved at several taxis. They just sped on by. 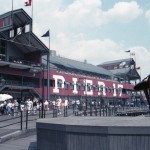 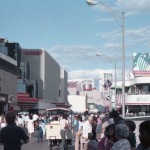 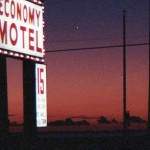 Ronald Reagan was president, Wall Street was jumpin’, the booze and the cash were flowin’. Summertime business was brisk, and we were bringing home a generous amount of tips after each grueling shift.  So, a bunch of us decided to reward ourselves during our time off with a two day trip to Atlantic City. We went by car, but I don’t remember who drove. I’m not much of a gambler, and working so hard for my money made me all the more hesitant to risk losing.

My vivid memories of that period of my life drew me to look for William once again, now that we have this internet thing. There was no trace of him anywhere in social media, so I suspected he may no longer be alive. Because, if he were, I know he wouldn’t be hiding, that’s for sure. He wasn’t that kind of guy. The truth can be a double edged sword. According to the Social Security Death Index, William passed away November 15, 1996 at the age of 33. Rest in Paradise, William. I will never forget you, my friend.

Sophia Loren at her Villa in Amalfi, Italy, 1973. Brown Bear Cubs in Kodiak

Tony Nominee, Playwright and Actor David Rogers Passes Away at 85