CEO Guido Barilla said, “I have no respect for adoption by gay families because this concerns a person who is not able to choose.”
Really, so it’s better for kids to languish in orphanages and foster homes?

The rest follows:
“We have a slightly different culture, for us, the ‘sacral family’ remains one of the company’s core values. Our family is a traditional family. If gays like our pasta and our advertisings, they will eat our pasta; if they don’t like that, they will eat someone else’s pasta. You can’t always please everyone not to displease anyone. I would not do a commercial with a homosexual family, not for lack of respect toward homosexuals – who have the right to do whatever they want without disturbing others – but because I don’t agree with them, and I think we want to talk to traditional families. The women are crucial in this.” He also stated that, while he has respect for gay marriage, “I have no respect for adoption by gay families because this concerns a person who is not able to choose.” 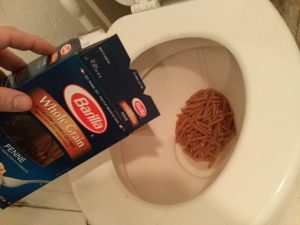 Soon after the comments were made, many people took to Twitter and started calling for a boycott against Barilla products. Alessandro Zan, a gay rights campaigner and MP in the left-wing S.E.L. (Sinistra Ecologia Libertà) party, said as a result of the speech he would be boycotting Barilla products and called on other parliamentarians to follow his example. The chairman of Equality Italia, Aurelio Mancuso, accused Barilla of being deliberately provocative, and added: “Accepting the invitation of Barilla’s owner to not eat his pasta, we are launching a boycott campaign against all his products.”

Guido later apologized by saying, “I apologize if my words generated misunderstandings or arguments, or if they offended the sensibilities of some people. In the interview I simply wished to underline the central role the woman plays within the family.”

Tony Nominee, Playwright and Actor David Rogers Passes Away at 85 Sophia Loren at her Villa in Amalfi, Italy, 1973.

The new Petersen Museum on Wilshire is finished.

Does anyone else love malapropisms?